Musings of a (Gasp!) Soccer Mom

Ok, so I drive a minivan.

And my son just started soccer.

It’s official.  I am no longer the twenty-something, single-something, Sex and the City heroine with great shoes.  I am what society has now termed, “a soccer mom.” The term never inspired fear in me – no, that would mean I was afraid I would end up here. The term inspired laughter and derision. Yet, here I am. But is all hope lost, my fellow moms?

Motherhood has taught me  many important lessons but my favorite one is “Expect anything.”  This could be good, or bad, depending on the situation. I like to look upon it as a good thing, because if it’s a bad mom day, tomorrow can be better. The next hour could be better the way things change so fast with children.  So, when I signed up my son for pre-k and became involved with the strange rituals associated with school aged kids: the soccer field was not far behind.

I feel as if I am just getting the hand of pre-k and now Jake is going to kindergarten. Pre-k was an experience for a full time working mother. First, my own mother brought him to school most of the time since she watches my children 3 days per week. I was always so excited to bring my own son on the days I could, and happily chat with the fellow moms. Of course, most of them immediately asked about my mother, how she was, and when they were going to see her again. I used to think: But what about me? I’m here today – don’t you like me?

Fortunately, my best friend reminded me that everyone loves my mother better so I need to let the whole thing go.

The second thing a working mom doesn’t get is “helping out.” Volunteering on the board, helping set up for events, taking responsibility for some role within the school. The cool moms bring snacks for parties and homemade goodies that come wrapped up in Tupperware (not Gladware, I am talking real Tupperware), while I run out and buy some Price Chopper cookies and dump them in a homemade tin.

Oh well. Back to soccer.

So, my son’s first practice game was today. Jake has never played soccer, never seen a soccer game, but when I begged him to play T-ball in the hopes he would one day grow to be a Mets reliever, he proudly informed me he wants to KICK the ball, not HIT it. Therefore, I signed him up for soccer.

Of course, the game was at 5:30pm, and I don’t get home from work till after 6, but I made a quick bargain with my boss to leave early and I proudly marched on the field at 5:50pm to watch my son play. As I slammed out of the minivan door, in my high heels and business skirt, I felt proud to be a balanced woman. No reason not to be both a soccer mom and working mom and social mom.  I stood on the sidelines and watched my adorable 5 year old learn how to stop the ball with his foot and kick it in the net. Our coach proudly praised all the kids but I started to notice something  while watching Jake.

All the other kids knew what they were doing except him.

The other kids seemed to listen to the coach when he called out instructions. Jake played with the brim of his baseball hat  and stared up at the sky. (I have always called him Ferdinand the Bull – he rather pick flowers in the field than do work).  Sometimes the coach called his name a few times to bring him back to earth. When the coach said stop the ball, Jake liked to kick it. When he said line up and go right, Jake went the other way.

I started to sweat, and my Secret double platinum deodorant was NOT working.

I asked my husband why he was involved with experienced players. Found out most of the kids were also new. I wondered  why he was on a team with mostly girls – I had heard girls listened better, right?  But the other boy seemed fine so that theory went out the window.

At one moment, the coach instructed Jake to pass the ball back and forth between his team member. The moment the coach walked away, Jake wandered off. When I hissed his name with my threatening glare, he waved happily. The coach reigned him back in, showed him the task again, and as soon as he walked away, Jake ran down the field happily kicking the ball on his own.

He sucked at soccer.

The coach quizzed them for an hour on what the goalie could do. Jake kept forgetting. They came up with a team name and Jake promptly forgot it, even though they yelled it several times for solidarity sake.

Needless to say, I told the coach I would practice his listening skills for the game in 3 days.

When I quizzed my son in the car about what he had learned, he did not remember a thing. Just that he would like blue Gatorade at the next session instead of purple. When I asked about his favorite part, he replied the Oreos given at the end of the session.

I am in so much trouble.

Then I looked at the schedule and learned all games were on Saturday. How could that be? Every Saturday was usually booked with events and errands and everything else to pack into a full working week. I would have no more life, of course, as other moms gleefully explained. I was now a “Soccer Mom.”

The bright side of this?

It taught me another lesson. My son may not be good at soccer. His listening skills may suck. But he had fun. And his proud smile and wave on the field with those tiny soccer cleats was priceless.  He was in the moment, doing the best he could. So, I can be in the moment too, and do the best I can.

I will be in the stands Saturday morning, probably cringing as I watch Jake’s first game. But my camera will be flashing, and I will definitely be laughing.

Now, after playing a rousing game of tickle monster, I am back to working mom. I will try to create some wonderful story within the hour so I can kick back with my husband and watch Zombieland before falling back into bed.

3 thoughts on “Musings of a (Gasp!) Soccer Mom” 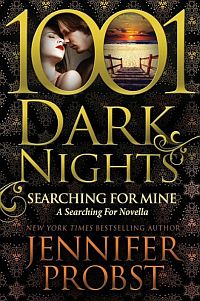